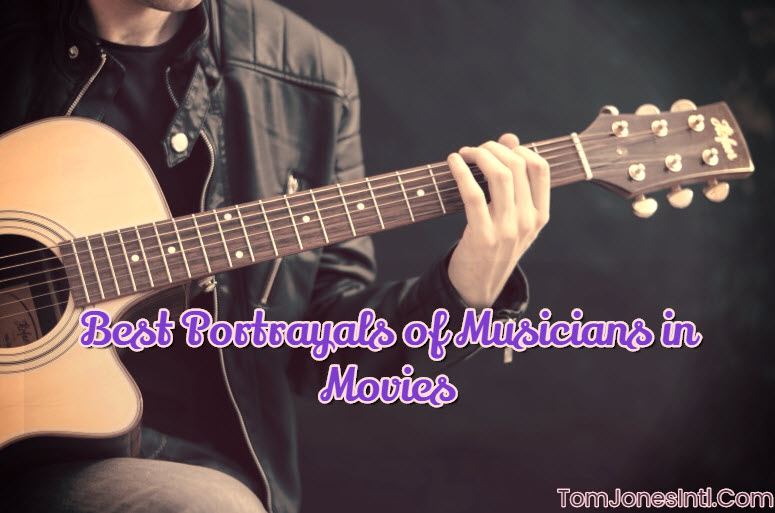 You’ve so many to take inspiration to become an artist. Tom Jones was one of those great singers; here is the biography of Tom Jones. Here is a list of world’s most favorite pop singers, have a look at it.

Movies With The Best Portrayals of Musicians

Every movie in this list is available to watch online. You can choose between Play Store or the Hulu movie app on your Android mobile.

What’s Love Got to Do with It

What’s Love Got to Do with It is a biographical film based on a true story of Tina Turner. The movie was directed by Brian Gibson and was released in the year 1993. The story revolves around two main characters Tina Turner acted by Angela Bassett, and Ike Turner performed by Laurence Fishburne. The story plot starts with an unhappy little girl Tina abandoned by her parents. With a relationship with Ike tuner, she marries him and moves to his home. Unexpectedly with the great importance for her in public increases jealousy within their relationship and Ike starts dominating her physically. She turns to practice Buddhism for defending herself and increase the confidence with the help of her friend. Tina finally attains success in her career and life over Ike.

Cadillac Records is a biopic which was directed by Darnell Martin revolving around Leonard and Etta James. The movie was released in the year 2008, and the plot of the story revolves around the musical era of mid-1950’s. Cadillac Records is one of the chess stories, but it depends wholly on the music. The film revolves around the two chess brothers Leonard and Phil and Etta James. The story is about the record label Chess record which is located in Chicago was found by Leonard Chess which started the career for great personalities like Etta James, Little Walter and Muddy Waters, Howlin’ Wolf.  The romance, career and the passion of Leonard, Etta James and other artists was well tackled in the film.

I’m Not There is a musical drama movie directed by Todd Haynes and was released in 2007.  The story of I’m Not There portrays the 6 different characters of Dylan’s life and narrates 6 different stories. The variation in the characters and the uniqueness of each story have developed to the movie to be the best biopic with unexpected plot changes. The characters of the film are played by Cate Blanchett, Christian Bale, Richard Gere, Marcus Carl, Heath Ledger and Ben Whishaw. The film was a huge success and got various awards such as the Golden Globe awards, Nilsson awards for Film, etc.

The Runaways is a musical drama which was released in the year 2010. The story line revolves around the rock band which was ruling the hearts of the music lovers in 1970’s. The movie was written and directed by Floria Sigismondi. The story is based on the Neon Angel: A Memoir of a Runaway which was written by the Cherie Currie who was also the original lead vocalist of the runaway band. The movie casts Kristen Stewart as rhythm guitarist Dakota Fanning as Currie, Joan Jett, Michael Shannon as Kim Fowley, the producer. The story line is about the life of the band formation and relationship of Currie and Jett.

Selena is a musical based movie which Selena beautifully portraits about America’s biggest star Selena. The director Gregory Java promised to show us Selena Perez’s world with the great story plot. The movie was released in the year 1997 and casts the powerful celebrity Jennifer Lynn Lopez ably as Selena. Selena started her career of singing in her childhood because of her father. She has inherited and developed as expertise in music from her father. With a great focus on her passion of music, she became a big star real soon. She grew o be a very great musician by facing consecutive victories. But the darkest part of the story is the death of Selena by the president of her own fan club Yolanda.